Everyone seems to be getting an App store these days, now it looks like toy manufacturers are getting in on the App store game with the launch of a new toy that will let kids create, share and download custom applications, the Spy Video TRAKR.

The Spy Video TRAKR is a remote controlled vehicle that can transmit color video, audio and data, that will allow users to create, download and share custom programs. 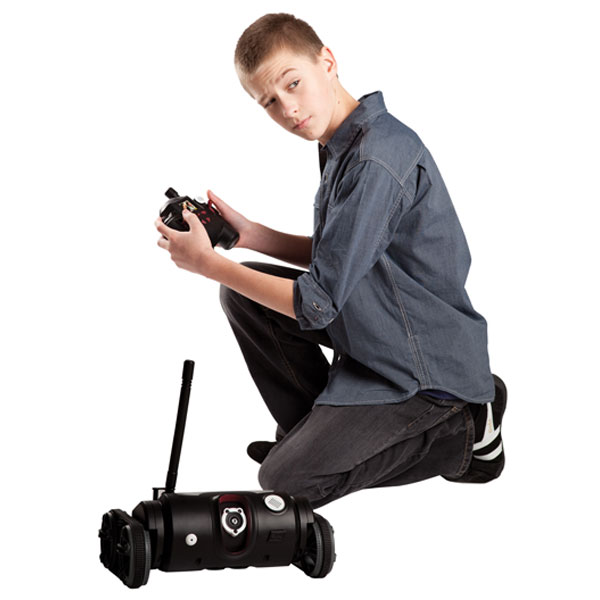 Once a kid has created a custom program that will run on the Spy Video TRAKR, they can then upload it to a website whether other toy owners will be able to download the app for free.

“We believe kids will fuel the spread of app-sharing in toys,” says Grossman. “It’s empowering when something you created becomes of interest to other people. Kids will take pride in having programs they designed downloaded by others.”

The Spy Video TRAKR  features a built in 2.4GHz transmitter, an SD card slot, a full color LCD, and a built in speaker and microphone.