Thanko have unveiled a new and updated version their popular Spy Pen with a few new features any spy cant do with out. The new Slim Video Pen HD now has the ability to record high definition video footage at a resolution of 1,280 x 960 and at 30 fps.

The new pen is still the same size and style as the one they launched last year with the no/off switch located in the cap of the pen. However the new Spy Pen now saves energy and video storage on its intergal Micro SD by only recording when it detects motion. 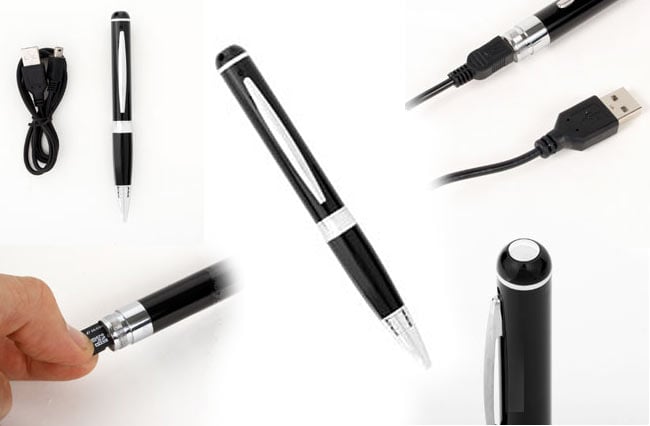 The video is stored in the AVI format on microSD cards (32GB max.) and can later be transferred to a computer via mini USB 2.0. The built in battery will provide around 75 minutes of recording time and a 1GB Micro SD card is capable of holding around 30 minutes of recordings.

The new updated SPy Pen is available now on the Thanko (JP) website for $61.