It looks like Spotify will finally be available on RIM’s BlackBerry devices as Spotify has just announced that they have released a preview release of the Spotify for BlackBerry App.

Spotify also mentioned in the announcement that the Spotify for BlackBery app only supports BlackBerry devices running on GSM networks, and the following devices are supported at the moment, BlackBerry 9780 Bold, 9700 Bold, 9300 Curve, 9000 Bold, 8520 Curve. 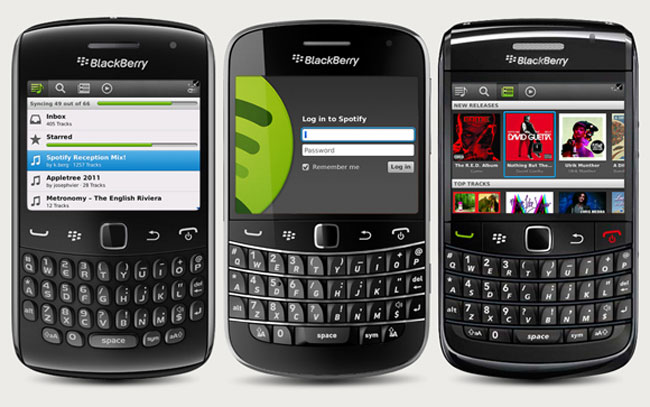 We’re excited today to announce our first preview release of Spotify for Blackberry. As our sixth mobile app, Blackberry comes packed with great features to keep you listening to your favourite music wherever you are.

Spotify has said that they will release a full version of the app to the BlackBerry App World shortly, you can find out more information on how you can try the Spotify app out on your BlackBerry device over at Spotify.