Spotify have given their music streaming service a completely new look, the company has released a new design for its web, desktop and iPhone apps.

Spotify will also be releasing the new design to other mobile platform shortly, and they have also added some new features to the service, which include contextual playlists. 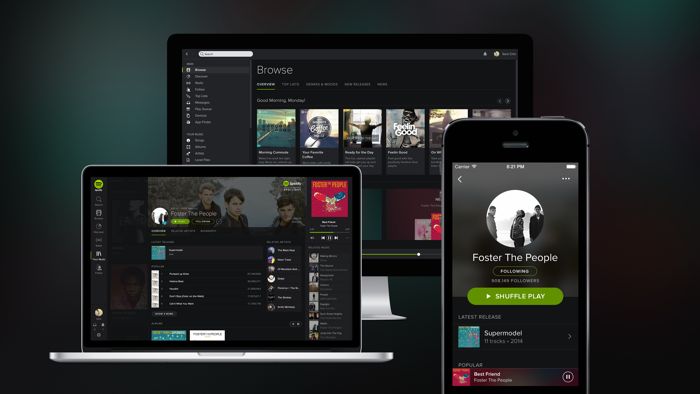 The new design for Spotify features a dark background and some new typography, and media is the main focus of the new design.

“We want your friend, peeking over your shoulder, to recognize Spotify open on your computer,” said director of product development Michelle Kadir. “And that means making sure the brand has a clear identity in the world, and looks and feels the same across any platform.”

Some of the other new features in Spotify include new feature playlists and new browsing functions, it certainly looks very interesting from the photos. 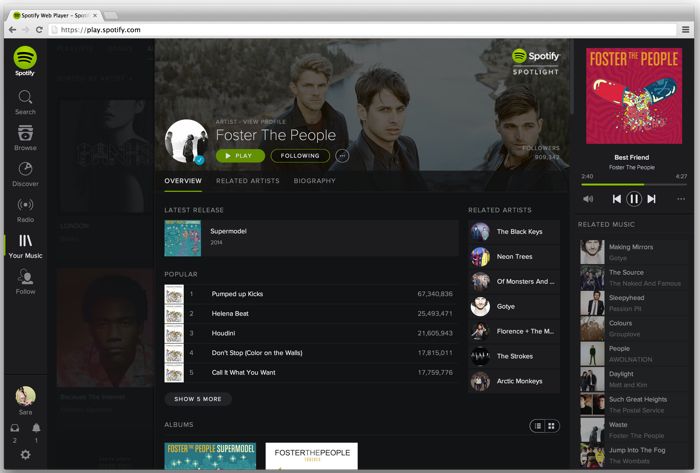 The updated version of Spotify is now available for iOS, the web and the desktop application, it should also land on other mobile platforms shortly.