Sportpong is a virtual way to play full body ping-pong. First, the player puts reflectors on their feet. Then a projector is used to create the playing field. Next, players either block or hit a virtual ball using the reflectors. 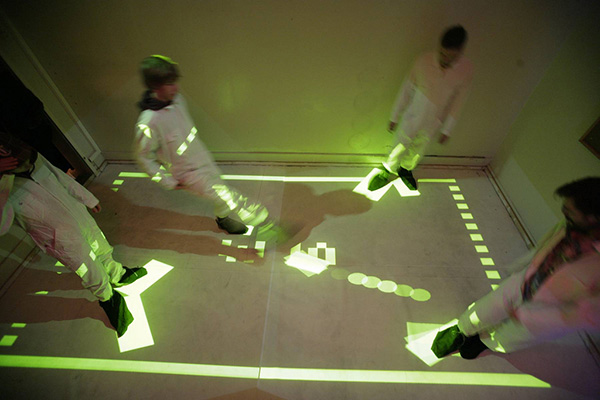 It’s a neat and innovative way to play ping pong with the feet. The sport turns the ground into a playing surface. The device works using projectors and motion sensors that detect the reflectors.

Sportpong is an interactive physical computer game that requires at least two players. The game may be more fun if more players are involved. In this case, the players can team up against each other. The game is a little experimental but could be fun for individuals that enjoy traditional ping-pong.