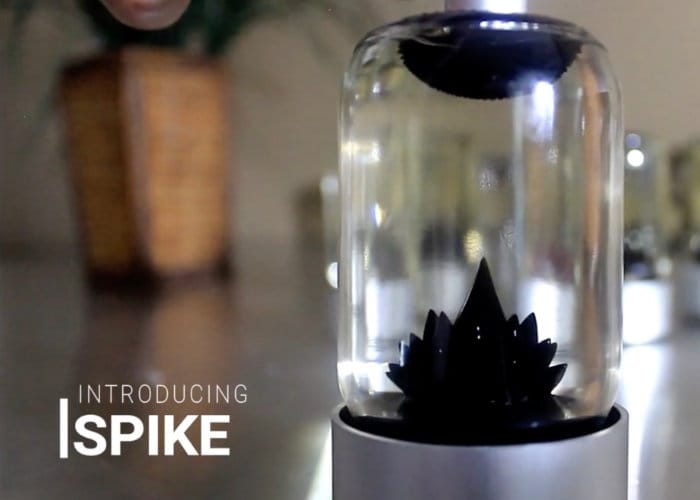 Ferrofluid desktop toys are great to play with using magnets and provide hours of fun. Along this theme Ferrofluid expert Matt Robison has created a new Ferrofluid display offering a “mesmerising interactive kinetic sculpture” that you can interact with directly from your desktop using the supplied magnet. Watch the demonstration video below to learn more about the SPIKE Ferrofluid Display which is now available to back via Kickstarter with early bird pledges available from $49 and worldwide shipping expected to take place during February 2019.

“Ferrofluid was originally invented by NASA in the 1960’s as a prototype rocket fuel, useful because it could be pulled into the engines using magnets in a zero gravity environment. In fact, its original formula was 85% RP1 rocket fuel (a highly refined kerosene), 10% nano sized magnetite particles (so you could move the fuel using magnets), and 5% Oleic Acid (to keep the magnetite from clumping).

It didn’t take off as a rocket fuel (partially because RP1 is notoriously hard to ignite) but has found many industrial uses over the years, from magnetic adjustable shocks in luxury cars, to voice coils in loudspeakers, and even magnetic bearings in hard drives. Since it is a paramagnetic liquid, when exposed to a magnetic field it forms spikes! We designed the SPIKE to showcase this amazing property. Simply place the handheld magnet on the top to create giant spikes!”

For more details on each of the Ferrofluid sculptures jump over to the Kickstarter campaign page by following the link below.