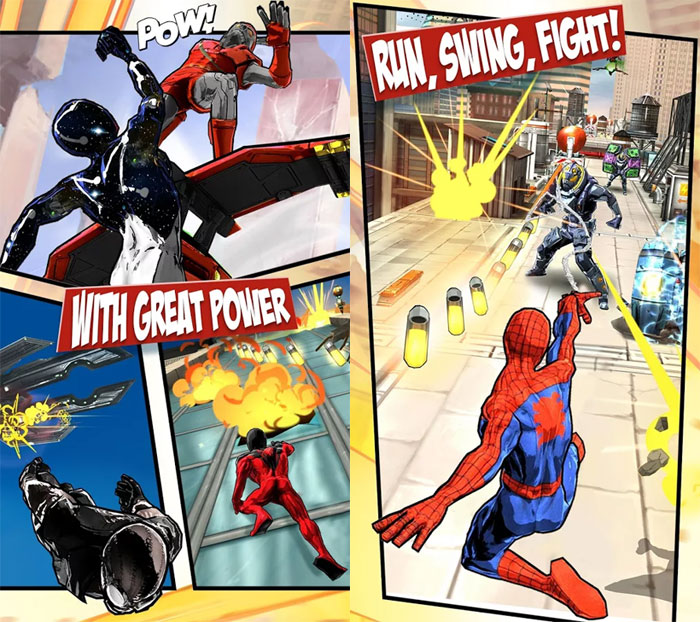 Android gamers who are fans of Spider-Man will want to check out a new game that has launched called Spider-Man Unlimited. The game is sort of like Temple Run with some notable exceptions. Rather than being an endless runner, this game lets players fight the Sinister Six, run up walls, and sling webs.

One of the coolest parts about this game is that it looks like a hand-drawn comic graphically and will come in issues with different enemies to fight. The premise of the game is that Spidey heads to NYC to fight the Sinister Six and the bad guys have opened some sort of dimensional portal allowing them to bring in unlimited versions of themselves.

Gamers will also get to unlock different versions of Spider-man to play with including Spider-Man Nior, Iron Spider, Scarlet Spider, and others. The game has five boss battles to fight and 25 missions per issue. Issue 1 The Green Goblin and Issue 2 The Vulture are available now. New issues will be offered regularly with issue 3 on the way already. Spider-man Unlimited is available now at no cost and is supported with in-game purchases. Android 4.0 or higher is required to play.