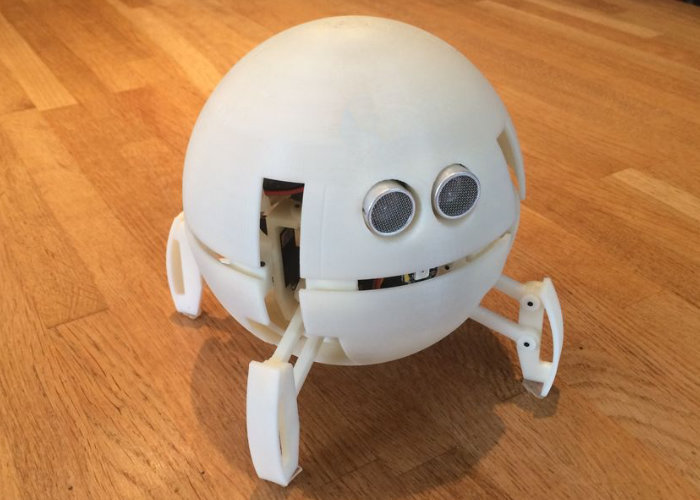 A cute Arduino powered spherical quadruped robot has been created by Gregory Leveque, using an Arduino Nano, along with a 16-channel servo driver board. Technology included in the small robot include obstacle avoidance, thanks to a rotating ultrasonic sensor protruding from the top half of the sphere. 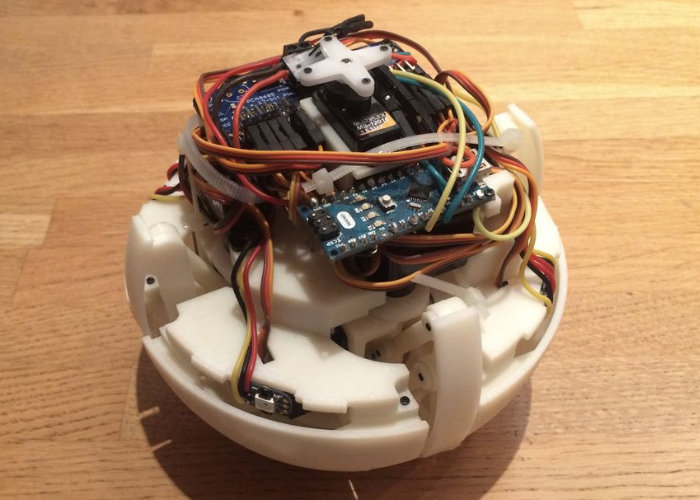 “Two years ago, by curiosity, I ordered an Arduino starter kit without background on electronic and code. I do not know what happened to me… I battled during the first two weeks to simply blink a led….

Weeks and months later, projects after projects, the pleasure to play with Arduino did not fade away, quite the contrary. I made tangible progress using Internet publications, now it is time for me to share my own experience. I am pleased to present my first Instructable.

The present Instructable describes a spherical quadruped robot. The base of the robot is a quadruped platform with two articulations by leg and all integrated into a spherical frame. On standby mode, the robot looks like a sphere and transforms itself into quadruped to move. An ultrasonic sensor is used to avoid clash during motion.”

To build your very own Arduino robot jump over to the official Instructables project page for more details.