The latest Beta release of Firefox 4 Beta 7 is nearly ready to roll out and has some very impressive speed enhancements over the current 3.6 version.

Creators Mozilla says that Firefox 4 is a seriously impressive engine for rendering web pages and interpreting webapps and games. Thanks to their new JaegerMonkey compiler and other performance enhancements. Watch the video after the jump to see it i action. 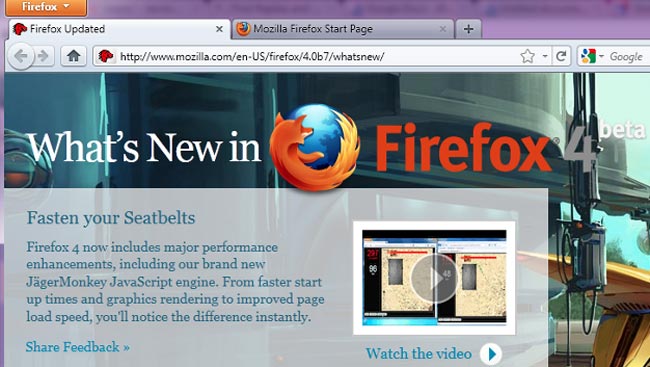 Firefox 4 Beta 7 is now available for Windows, Mac and Linux download it here to give it a go for yourself.

If you are an add-on developer the Add-ons APIs for Firefox 4 are now stable so its now time to update your add-ons to support the new release.