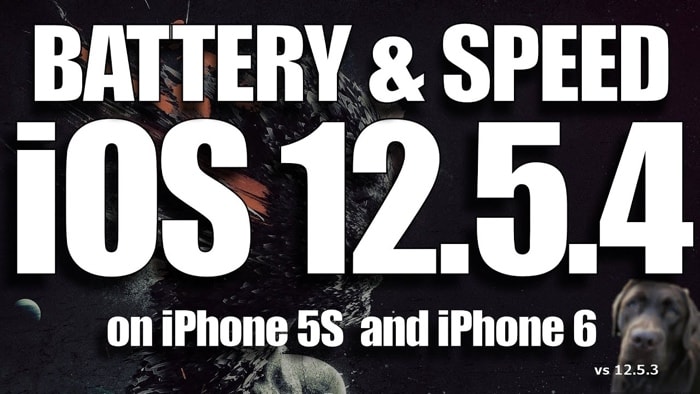 Apple recently released iOS 12.5.4 for older iPhones and iPads and now we have a speed test of iOS 12.5.4 vs iOS 12.5.3. The update was released to fix some security issues so it is recommended that you update to the latest version.

In the video below we get to find out if there are any speed improvements in iOS 12.5.4 over the previous release of iOS 12.5.3, there is also a battery life test on the latest release, lets find out more details.

There do not appear to be any speed improvements in the various apps on either device, it looks like there was a minor improvement in the battery life on the iPhone 6. The new iOS 12.5.4 software update is available as an over the air update and it can be installed by going to Settings > General > Software update on your device.