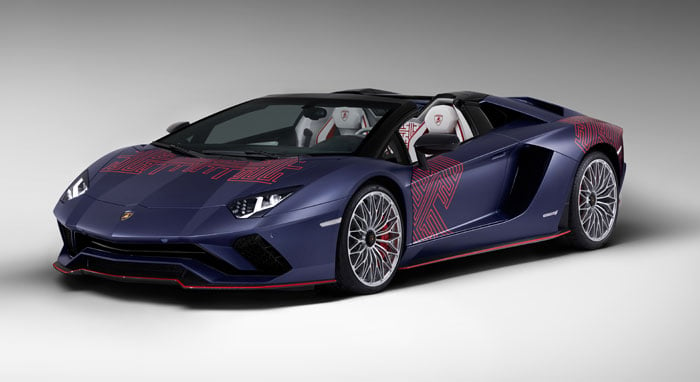 Lamborghini has revealed a special limited edition Aventador created specifically for Korea. Only two of the special edition cars were built especially for Korean enthusiasts by Lamborghini Centro Stile. Lamborghini says the cars were inspired by Korean culture.

The cars have elements inspired by the Korean flag and patterns and colors from traditional Korean windows. The cars are painted in hues Lamborghini calls the “primary to colors of Korea.” The colors include Green Ocno symbolizing warm Korean sentiment, and Blue Emera, symbolizing intelligence and wisdom.

The interior color is Bianco Leda symbolizing the national spirit of Korea. Patterns from traditional Korean windows are found on the front hood, left and right door panels, and rear fender. In the engine bay, there are two trigrams of the Korean flag. The special Aventador S Roadster Korean Special Series cars have naturally aspirated V12 engines producing 740 horsepower.