A new iOS app has been released by IK Multimedia combining the capabilities of AmpliTube and AmpliTube for iPad v2.0 in to the AmpliTube Fender app. Providing you with certified Fender amps and FX allowing you to transform any riffs into something fantastic.

The AmpliTube Fender app has a built-in chromatic digital tuner and a metronome to offer an increased level of accuracy and when used on the iPad offers four simultaneous stompbox effects or three when used on the iPhone or iPod and also provides the choice between either a dynamic or condenser microphone. 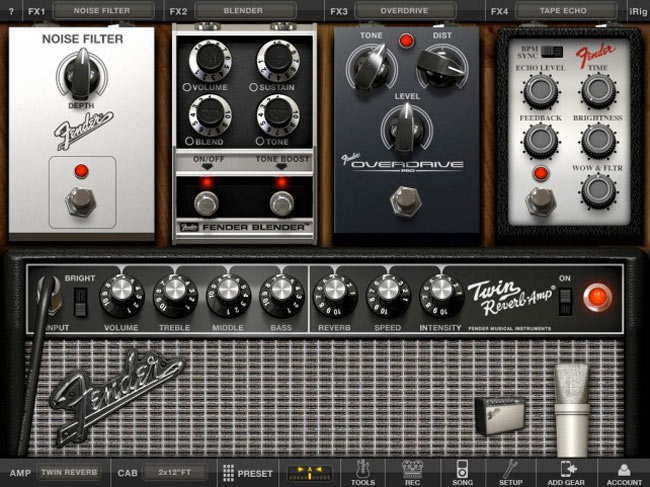 Current AmpliTube v2.0 owners can add the Fender stomps for $2.99 each, Fender amps for $4.99 each, or the entire bundle for $14.99 via in-app purchase. AmpliTube Fender can be purchased in the App Store for $14.99 and works great when combined with the iRig audio adapter.