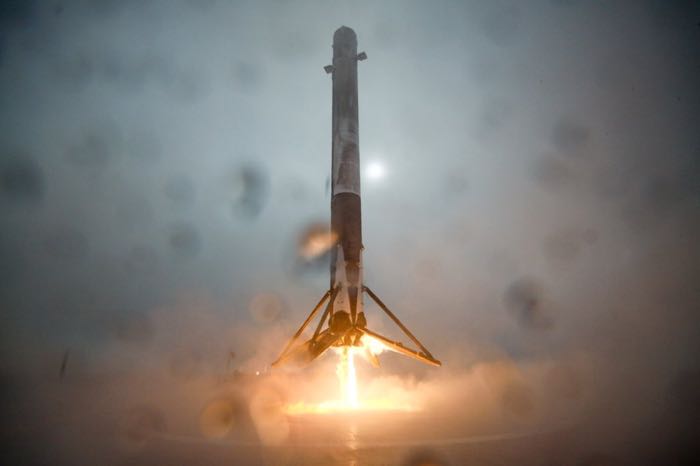 Elon Musk has been trying to get his SpaceX Falcon 9 rocket to land on a ship for some time, the spaceship made its first successful landing on land last month.

Yesterday’s landing attempt by the Falcon 9 rocket was almost successful, the rocket actually landed on the droneship, unfortunately it fell over and then exploded, this can be seen in the video below.

The reason that SpaceX need to land their rockets on a ship rather than on land, is that they will not carry enough fuel to return to their launch site after high velocity missions, this is why they have continued with the tests to land on a ship.

The SpaceX CEO explained that the Falcon 9 rocket actually managed to land on the droneship, but one of the four legs did not engage properly on the landing, which cause it to fall over.

Falcon lands on droneship, but the lockout collet doesn’t latch on one the four legs, causing it… https://t.co/DpXsRQWal9

Whilst it might look like a total failure for the SpaceX Falcon 9 rocket in the video it wasn’t, this is the closest that the company has managed to get to landing the rocket on a droneship, the next run could end up with a successful landing.