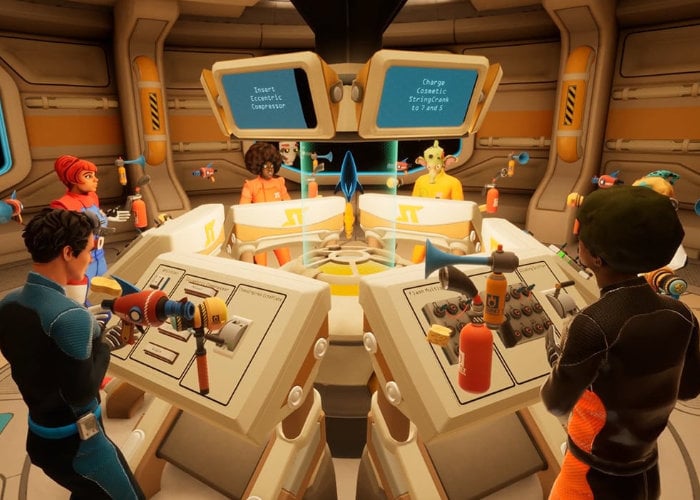 Game developer Cooperative Innovations has announced their new Spaceteam VR “chaotic” cooperative party game will be launching on PC VR headset and Oculus Quest systems in a few weeks time. Available to play from May 21st 2020 onwards the new VR game supports both single player and up to 6 player multiplayer offering cooperative gameplay through the Internet. 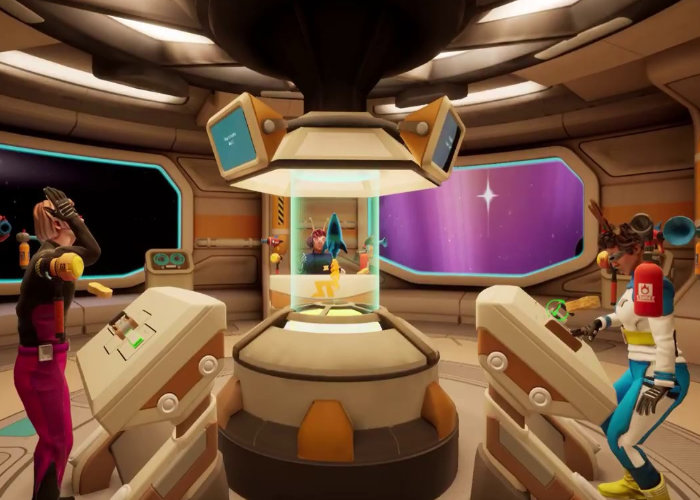 “If your Spaceteam is able to complete enough instructions successfully in a sector you will progress to the next, each sector becomes increasingly difficult and as the ship becomes harder to control and eventually, inevitably, you will explode.”

“Your spaceship has a few… eccentricities, work with your Spaceteam in order to get as far through space as you can. The ship’s computer uses an approach to language that we lovingly refer to as “technobabble” – sometimes it might not use actual words, requiring a healthy amount of interpretation and clear communication from your Spaceteam.”

Features of Spaceteam VR include :

“Spaceteam VR features three different difficulties, with the harder difficulties giving players many more controls to be responsible for while amping up just how tough the anomalies that occur are. In easier modes, you might only be responsible for a handful of duties, but tuning things to the hardest difficulty will require you to be on your ‘A’ game. According to Cooperative Innovations, some of the tougher anomalies will include player’s heads shrinking, instructions being presented backwards or with missing letters, and in-game voices on players becoming high pitched and hard to decipher.

Elsewhere in the game, controls are pretty standard for VR titles. You’ll have levers to reach out and grab, buttons to push, and items to grab on the fly as you try to complete your specific instructions. Putting out fires, taking down aliens that try to invade the ship,and having to hammer out mistakes are just some of the many other trials you’ll face while attempting to stay alive. The longer you go, the tougher the challenges you face become, until you eventually find yourself frantically yelling at a teammate to repeat orders as a fire rages on in front of you.”