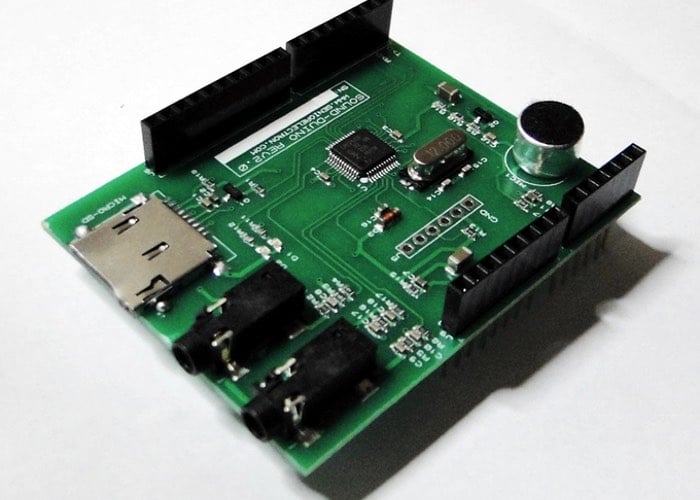 Arduino enthusiasts that are looking to add sound to projects they may be working on or constructing really interested in a new generation of Arduino sound card which has been created by electronics developer Masih Vahida.

The SoundDuino 2 takes the form of an audio shield designed for Arduino development boards and provides the ability to record and play audio sounds in high quality directly from a microSD card.

Watch the video below to learn more about the handy Arduino sound card which has taken to Kickstarter to raise the $2,000 it requires to make the jump into production. The SoundDuino 2 can supplied with all the libraries you require as well as samples to play stereo 16bit 48khz audio as well as record.

In the second version of the SoundDuino which builds on the original a new processor has been used in the form of a ARM7 32 bit, together with automatic baud rate detection. So if you think the SoundDuino 2 is something you are doing a project may benefit from jump over to the Kickstarter crowdfunding website to make a pledge from just $49 to be one of the very first to own one.