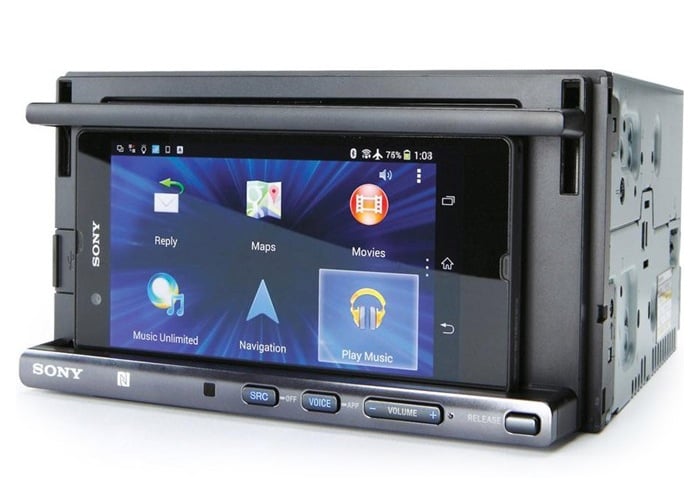 Anyone who has been patiently waiting for the launch of he new Sony XSPN1BT smartphone car stereo mounting system, that was first unveiled back during CES 2014 in January of this year.

We’ll be pleased to know the Sony XSPN1BT in-car stereo system is now available to purchase from the likes of Amazon and other online retailers for around $250.

The Sony XSPN1BT is a Bluetooth powered receiver that allows you to use your Android smartphone to power your car stereo. Using a docking system that enables you to clamp your smartphone into position. 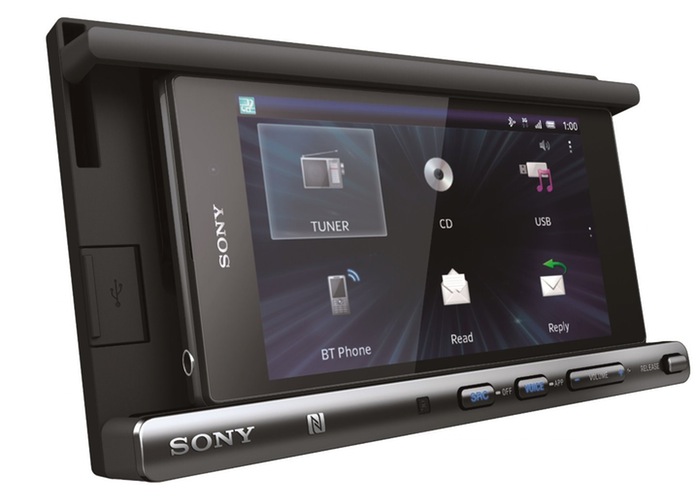 Once docked your smartphone then controls via a companion application your stereo and allows you to listen to AM/FM radio, satellite radio, or a CD as well as all the music that you can store on your smartphone device or playback via services such as Spotify or similar.

The Sony XSPN1BT dock will work with all Android phones and NFC is handy for pairing, but not required. As the XSPN1BT also includes a USB port with 1.5 amps and a short cable for charging during those longer journeys. Check out the video below to see a quick hands-on demonstration with the Sony XSPN1BT to learn more.