And now we have a video of the new Sony XSP-N1BT smartphone car audio dock from the guys over at Android Police, have a look at the video below. 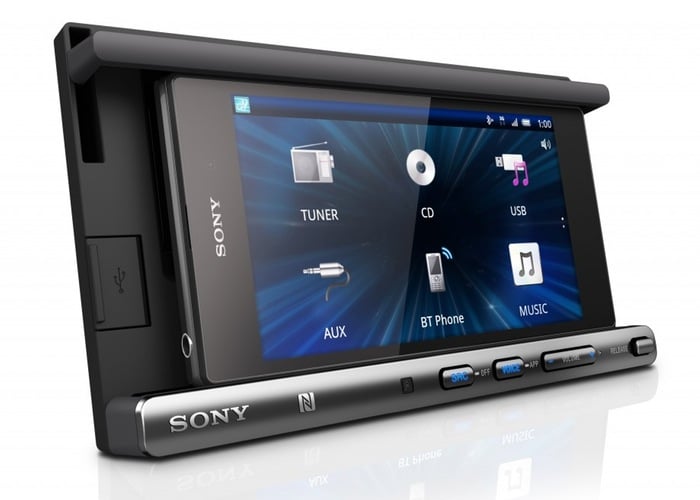 The Sony XSP-N1BT Smartphone car audio dock is designed to replace your cars stereo, you then dock your Sony smartphone with the device.

Music can be played from a number of sources, which include music stored on the device, it can also be streamed from apps like Spotify.

The Sony XSP-N1BT Smartphone car audio dock can be controlled via voice command and it can also be used for making and receiving calls.

At CES, Sony announced that the Sony XSP-N1BT would go on sale in the US in May, the device is expected to retail for around $250.

There are no details as yet on when the Sony XSP-N1BT will be launched in the UK and Europe, as soon as we get some more information, we will let you guys know.