UK mobile carrier Vodafone has announced that the Sony Xperia Tablet Z is now available on their network, the tablet is available for £199 on Vodafone’s broadband contracts which start at £28 per month, for this you get 1GB of data. 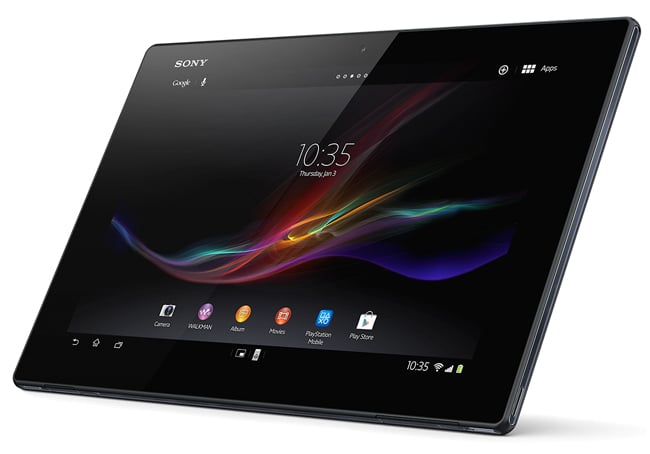 The Sony Xperia Tablet Z adds to Vodafone’s range of ‘4G-ready’ devices. Getting one of our 4G-ready devices means a customer will be good to go as soon as Vodafone 4G arrives, bringing them ultra-fast internet and the best mobile video they’ve ever had from us.  Once a customer has got their new device, we’ll let them know the moment Vodafone 4G is available in their area, and we can then talk about adding Vodafone 4G to their monthly plan.

The Tablet Z comes with an 8.1 megapixel rear facing camera which features Sony’s Exmor R sensor, plus 32GB of built in storage, NFC, LTE, a microSD card slot and the device is also waterproof and dustproof, the tablet supports 4G LTE, and will work on Vodafone’s 4G network when it launches.