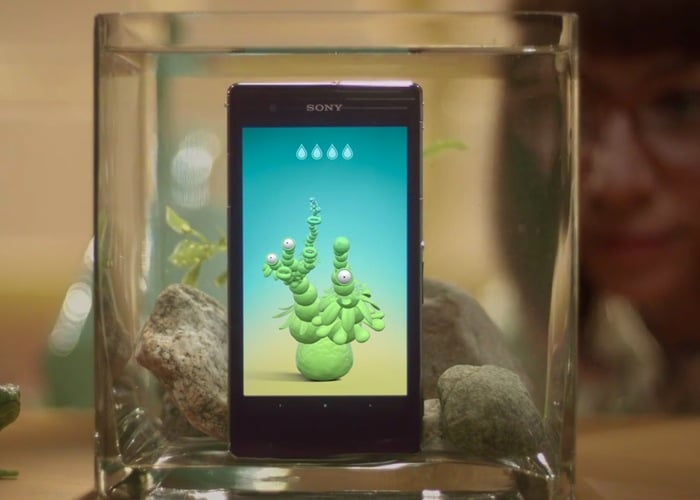 Sony has released a variety of new applications which have been created especially to be used while your smartphone is in water, or with water in the form of the new Sony Underwater Apps.

The new range of Sony underwater apps have been specifically designed to promote the waterproof technology that has been integrated into the latest range of Sony Xperia smartphones the company has launched.

Sony has also released a library of Water Detection code over on the GitHub that enable waterproof Sony Xperia phones to detect when they are submerged in water. Allowing developers to use this feature to then enhance their smartphone applications with unique playable additions when in contact with water. Sony explains :

“Our engineers invented new technology to let our phones know when they’re underwater. Our artists created a suite of Underwater Apps that shows what our phones can do underwater. Play with them, practice and have fun!

A Demo app demonstrating the Water Detection Library can be found in this repository called “WaterDetectionDemo”. This demo app shows a phone and a bucket of water. When the physical phone is submerged the app shows the phone image as submerged in the bucket.”

For more information on the new Sony Underwater apps and relevant code jump over to the GitHub website for details.