Modder Ashen has combined a Sony PSP and Nintendo GameCude to create a portable GameCube system which he’s named the Micro Fusion. The mod is not for the faint heart and has required some careful modding and tweaking to combine the two gaming systems and  gel them together. Great job Ashen!

On the rear of the device Ashen has added a fan and heat sink to help keep all the tightly packed components cool enough to run. Watch the video after the jump to see the Fusion Micro in action and how it has been constructed. 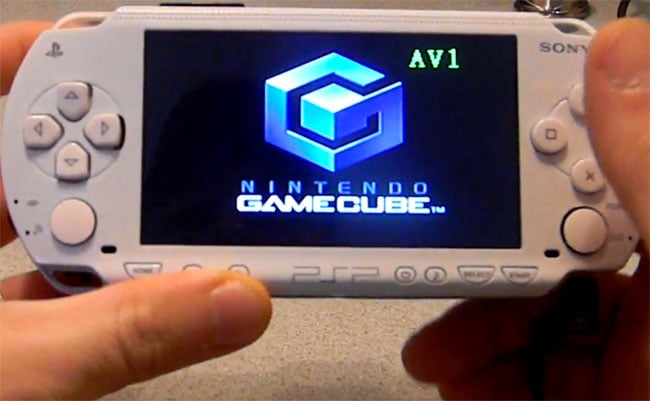 Other tweaks include an additional analog stick on the right to mimic the GameCube controller and two card slots for games and emulation purposes. Its also got a 5000mah battery installed which will provide you with a round 2-3 hours or extensive gaming before a recharge is required.