At the E3 games conference at the Los Angeles Convention center this week, Sony has taken the opportunity to finally reveal the deign for their new next generation games console the Sony PlayStation 4.

The new Sony PlayStation 4 design takes the form of a slanted rectangle and features a two tone matt/gloss finish, losing the curves associated with the last generation PS3 console, and more in-line with Microsofts Xbox One console. 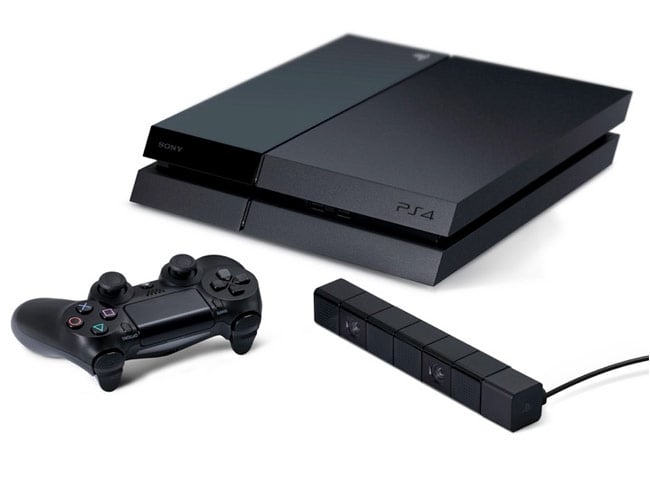 The Sony PlayStation 4 console will also be equipped with 8-cores of AMD Juagar processing power and use a 8GB GDDR5 RAM and next generation AMD Radeon graphics card to process your games, and a 500GB storage drive, together with 2 x USB 3.0 ports, and 1 x AUX port, Wi-Fi, Bluetooth 2.1+EDR, and HDMI port.

The Sony PlayStation 4 will come bundled with a Dual Shock 4 controller for $399, €399, and £349, with the PS4 Eye motion controller available to purchase separately for $59 is required. Unfortunately no information on a worldwide release date has been announced as yet, but the Sony PlayStation 4 console is now available to pre-order from a number of retail locations both on and offline worldwide.

Microsoft announced that they would be launching their new next generation Xbox One console in November so you can expect the new Sony PlayStation 4 to launch around the same time.