Sony has launched a new memory card reader which is designed to be used with its range of Bravia TVs. the Sony MRW-F3 card reader/ This new Sony card reader is designed for fast data transfers and HD movie/photo playback compatibility on Bravia Tvs.

The Sony TV card reader is compatible with Sony’s Memory Stick and SD cards, at can be used to playback movies and pictures on compatible Sony Bravia TVs and Blu-ray players. 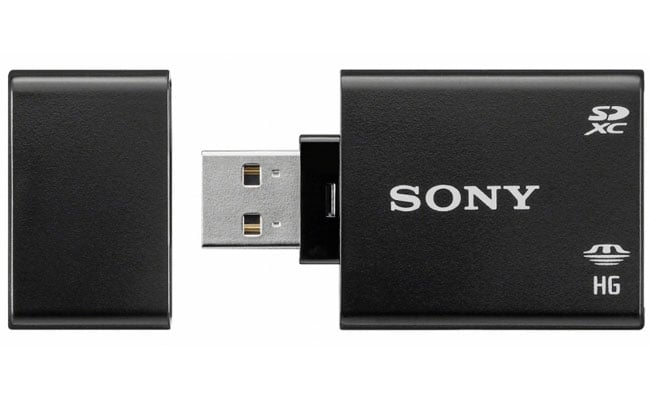 There’s now a compact memory card reader family from Sony – headed by the new MRW-F3 – that simplifies file transfer between today’s digital devices. An essential add-on for your PC or notebook, they’re also great for connecting with BRAVIA®, PlayStation3® or Blu-ray Disc™ players by Sony that include a USB port for simple playback of movies and photo.

You can find out more details over at Sony, and this new range of memory card readers are now available.