If you have enjoyed  playing games on your PSP, but have wondered what they would look like in full HD on a larger screen. You will be pleased to know Sony have just unveiled their new PSP Remaster Series for PlayStation 3 which brings great PSP games to the PS3, fully remaster.

Sony will be porting a number of select portable game titles to the PS3 in glorious full HD Blu-ray, together with some new add-on content plus stereoscopic 3D support in some cases. Watch a video of examples, showing how Sony has remastered PSP games to now play on their PS3 with upgraded graphics and effects after the jump. 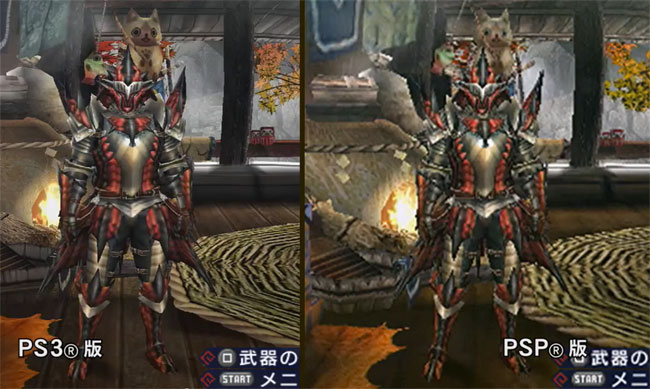 Another great feature of the new PSP Remaster Series for PlayStation 3 is the ability for gamers to share game save data between the two platforms. Allowing you to carry on playing your game from PS3 to PSP and vice versa.

The first game to receive the new HD PS3 make over will be Monster Hunter Portable 3rd, but this is only heading to Japan and unfortunately no information on pricing or worldwide availability has been released.