Sony has launched a new version of their wearable display headset this month in the form of the new Sony HMZ-T3 which will be showcased at the upcoming IFA event.

The Sony HMZ-T3 is the third revision Sony has made to their headset display and the latest version now includes improved clarity from its dual OLED displays as well as Wireless HD feature that can stream content to the Sony HMZ-T3 from up to 7m away. 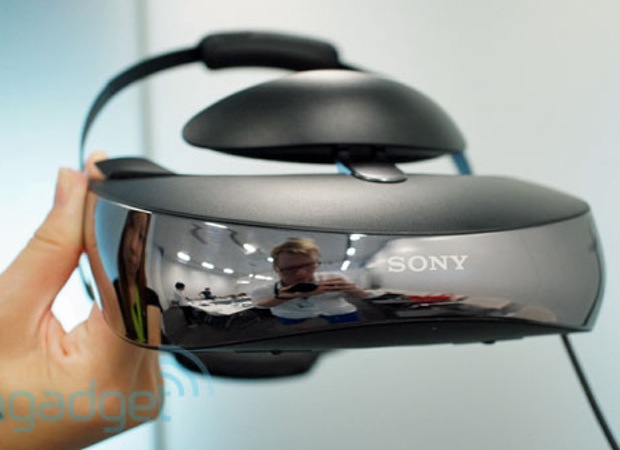 Other new features of the Sony HMZ-T3 include the ability to now plug in Android devices such as Sony’s Xperia smartphone using micro-HDMI / MHL connectivity. As well as high-definition audio, virtualised 7.1 channel sound.

The third and latest re-design to the Sony headset display the Sony HMZ-T3 will arrives in stores throughout Japan next month, but no indication as to its price has been announced as yet by Sony. For more information on the new Sony HMZ-T3 and a hands on review jump over to the Engadget website for details.