Sony has announced that thier flagship smartphone, the Xperia X10, which currently comes with Google Android 1.6 will be getting an update to the latest version of Google’s Android OS, Android 2.1.

Along with Android 2.1, the Sony Ericsson Xperia X10 will also get multitouch, something which will please a lot of X10 fans, and Android 2.1 will definitely make what is already a good Android smartphone, a great one. 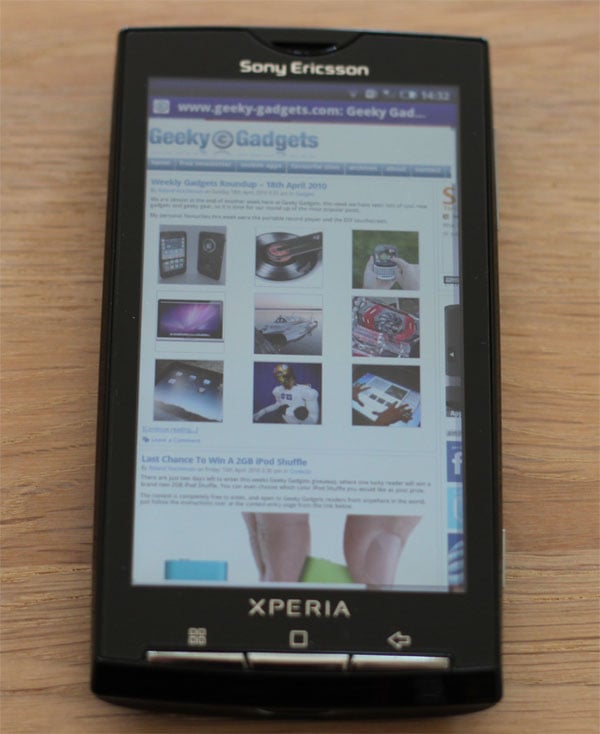 The Xperia X10 is powered by a 1GHz Snapdragon processor and features a 4 inch capacitive touchscreen display with a resolution of 480 x 854 pixels. It also features an impressive eight megapixel camera, with sixteen times digital zoom.

There is no exact date for Android 2.1 on the Sony Ericsson Xperia X10, all we know is the update should be available sometime this summer.