We also got a chance to play with the Xperia Mini‘s slightly chubbier sibling (not that the original wasn’t on the portly side itself). The specs are the same as the Mini, 1 Ghz Snapdragon, 5 MP shooter with 720p recording. Although we’ve been assured the screen was the exact same one on both units, the one on the Pro seemed far superior to the washed out one on the Mini. It could be down to a prototype issue, but the difference bore mentioning. 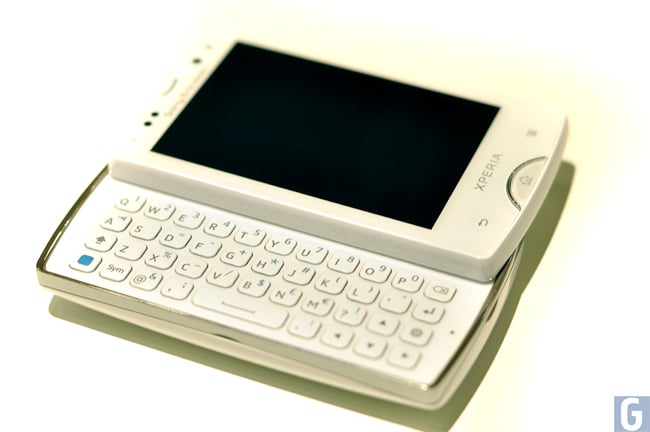 The 3 inch 320×480 screen poses the same problem of narrowing down the selection of Android apps, but also enjoys the Bravia technology. The phone comes with Android 2.3.3 on board, no need to worry about upgrades and will also include Facebook Inside Xperia, which integrates Facebook with the phone UI. What really sets the phone apart though, as it did the X10 Mini Pro, is the keyboard. It’s a complete mystery to us how Sony manage to consistently cram one of the best mobile keyboards we’ve ever used into such a tiny space, but the same clicky, springy keys make a comeback and they’re a delight to use. Both the Pro and the Mini are expected to retail for around what the X10 Mini handsets did.