Sony has released a new video of some of the products its was showcasing at CES 2013 this year being assembled, in a reverse teardown style assembly video which lasts for around 5 minutes. The video after the jump shows a Xperia Z, a Cybershot RX1 and a Sony HD camcorder being assembled by hand by Sony engineers. 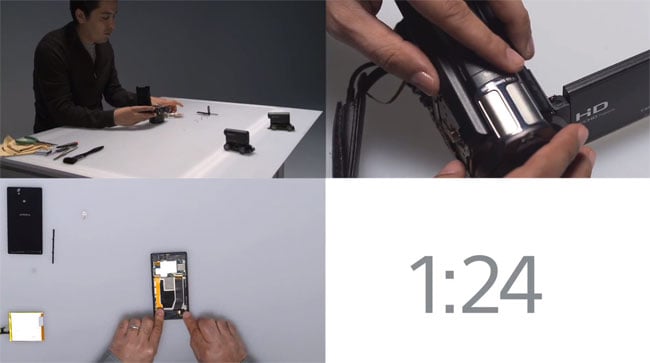 “Last week at CES 2013, we had the special opportunity to view our engineers at work. Carefully and thoughtfully constructing new Sony gadgets via an exclusive video shown during the Sony Press Event. It served as a countdown clock in anticipation of what was to come. It even shows one of our newest Xperia phones torn open. So find a comfy chair, sit back and enjoy the next 5 minutes.”