As well as officially announcing their new Sony Xperia ZR smartphone, Sony have also taken the wraps off a 13.3.inch Sony e-Ink prototype slate and stylus.

The Sony e-Ink prototype is equipped with a 13.3-inch screen, sporting a resolution of 1,200 x 1,600 to match the standard A4 sheet size, and 4GB of onboard storage, with a microSD card slot for expansion. 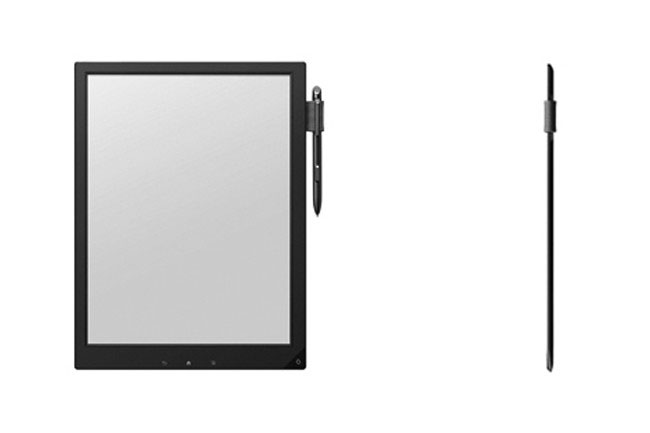 Its also equipped with an electromagnetic induction touchscreen, which works with the provided stylus. The devices measures just 6.8mm in thickness and weighs 385g, and is fitted with WiFi connectivity.

The listed specifications are for the devices that will be field tested during late-2013 at three Japanese universities, so when the final devices is launched they may have changed a little, to keep up with progress.