Following on from the recently leaked images of Sony’s new fixed lens RX1 camera, new images have also leaked of for their upcoming A99 camera, officially expected to be announced on September 12th 2012.

The Sony A99 is expected to be equipped with a 24.3 megapixel full frame CMOS Exmor sensor, with other features including SLT technology, new Bionz imaging engine, 14 bit RAW recording, ISO 100 up to 25.600 50 ISO extended with a lower dynamic range, and 102 AF point AF (11 cross). 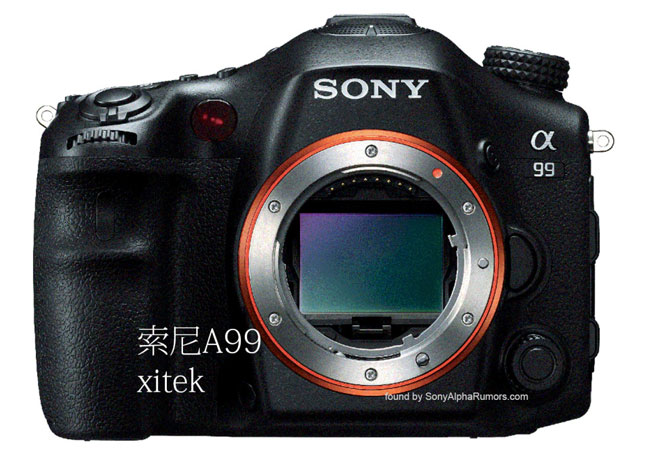 Sony Alpha Rumours explains: “What is coming along the A99 is not only a camera but also a whole system of innovative accessories around it. It also marks the possible end of the classic DSLR Full Frame line with optical viewfinders.”

When the Sony A99 arrives in stores its expected to be priced at around $2,800. Sony is expected to announced the new range of leaked cameras on September 12th 2012. For more information on all the leaked specifications jump over to the Sony Alpha Rumours website.