John Wilson of Minneapolis has made a few alterations to his existing Stella amp kit to make a solar version of the Stella amp. Equipped with a useful solar panel, allowing you to use the amp anywhere you have a little direct sunlight. Originally Wilson wanted to make a rugged poly-coated wood enclosure for the finished amp, that could stand up to being left outside in a light rain. 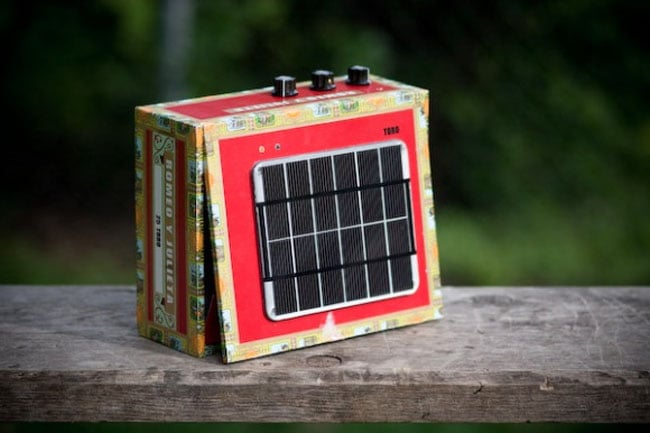 Wilson wanted to finish his project before the Minne Maker Faire, and realised his wood working skills might not be up to a rush job so created the Solar Cigar Box Amp.

“I started looking at what cigar boxes I had on hand. I considered a number of them, but ultimately decided on a Romeo and Julieta box that I picked up at a thrift store. It was a hard choice, because this particular box has some very beautiful cover art on the lid (inside and out), and I would have to cover it up with the solar panel. I decided to cover it up with the solar panel anyway, because I could see the original artwork when I opened up the lid.”

You can purchase Wilson’s Stella Amp kit for $35 directly from his website.