A Swiss team of engineers have been constructing a new solar powered plane aptly called the Solar Impulse 2 which they hope will allow them to circle the globe without the need to land. 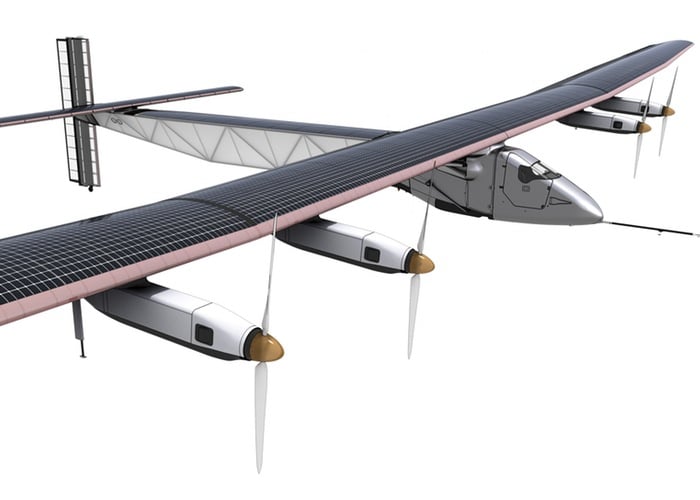 The Swiss team has equipped the latest Solar Impulse 2 plane with a 72 m wingspan 8 m longer than the previous plane and the same as a 747 aircraft, the top surface of the wings and cabin are covered with solar powers to power its four engines.

The design of the Solar Impulse 2 is now also lighter and faster than the original and test flights are expected to start very soon with the official world record-breaking round the world flight expected to take place between April and July in 2015.

For more information on the new Solar Impulse 2 jump over to the official Solar Impulse 2 website for details and to keep up with its progress on completing its global flight.