Our choice of words may be too extreme, but how else would you convey how the electrons from this toothbrush’s solar-powered cell trigger a chemical reaction that breaks down the foul creatures inside your mouth? That’s the function of this prototype toothbrush by Japanese manufacturer Shiken. 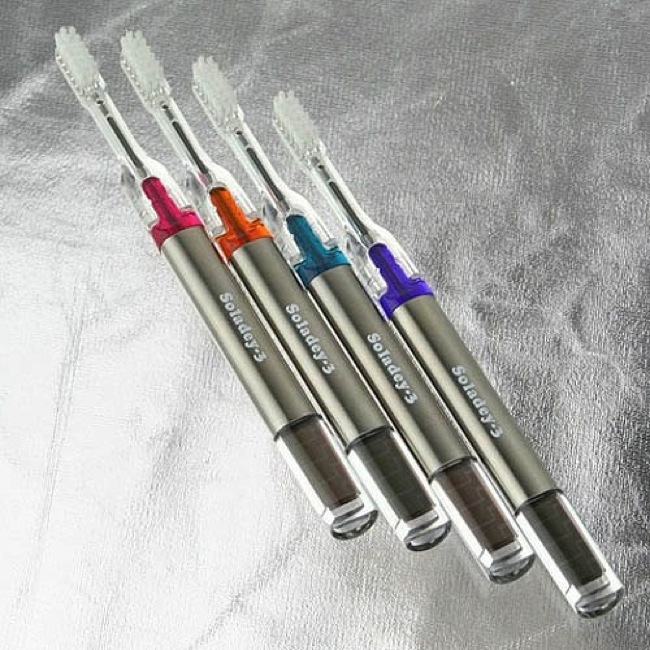 Originally conceived in the mind of Dr. Kumio Komiyama a decade and a half ago, the Soladey-J3X has already passed lab testing with flying colors and will be distributed among 120 willing teenagers in a new round of tests to prove that it can maintain dental hygiene without the benefit of toothpaste.

Engineering-wise, the technology involved in the toothbrush is no different from a solar powered calculator and what its inventor looks forward to the most is achieving its intended purpose, which Dr. Komiyama declares with relish as the “complete destruction of bacterial cells.”

Having already won first place in the FDI Annual World Dental Conference in Dubai, the Soladey-J3X stands poised to strike fear in the hearts of mouth-based bacteria across the world, if they had hearts that is.