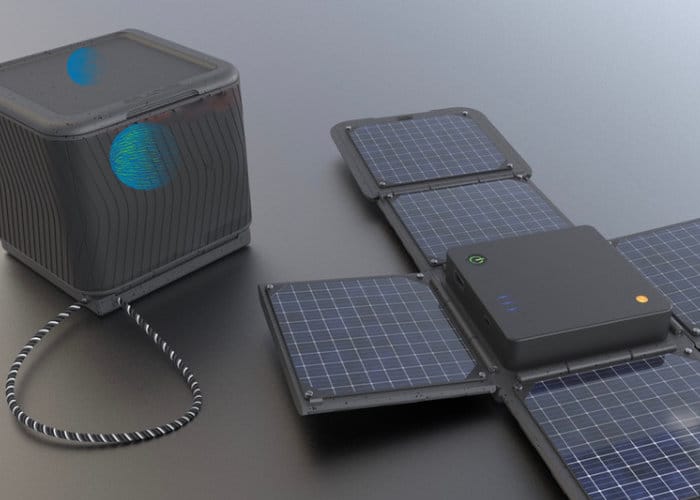 A team of developers from the United Kingdom have developed a new environmentally friendly battery pack and solar charger aptly named the Solacube. Designed to charge three devices at once using two USB ports and an integrated wireless charging pad. Watch the demonstration video below to learn more about the compact charging system which is this week launched via Kickstarter to raise the required £75,000 needed to make the jump into production.

“The world is home to 7.2 billion gadgets, and they’re multiplying five times faster than we are. For the first time ever there are more gadgets in the world than there are people, including a growing number that only communicate with other machines, according to data from digital analysts at GSMA Intelligence.” For more information on the Solacube and a full list of all available pledges jump over to the official Kickstarter crowdfunding campaign page by following the link below.