Designed by Ron Arad, an Israeli industrial designer, artist, and architect, known his Well-Tempered chair series that he began in 1986. The very unique Soft Ride bike has reimagined the humble bike wheel and created a totally radical departure from tradition, using tempered steel to create a wheel with complete different characteristics.

For a start you will never get a puncture using the Soft Ride Bike wheel. Which has sprung properties of the tempered steel used which have then been bolted together in tension providing a natural yield. The 18 strips of steel are each pinned at different tension points to create one working wheel resembling a flower. 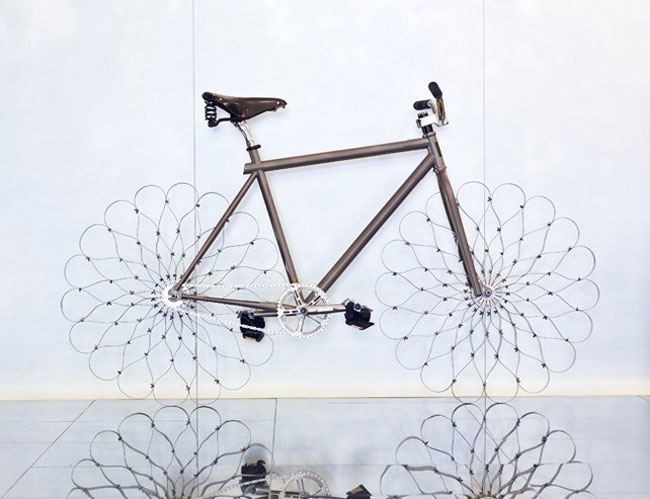 The sprung-steel wheels have been designed to provide the bike a natural bounce, acting as shock absorbers. But without riding the Soft Ride Bike its difficult to guess how it would perform on tarmac road and whether the steel wheels would provide enough grip to stop slipping, especially around corners.

The Soft Ride bike is available for W Hotel in London’s Leicester Square guests to test out between now and October 29. After that, it will be auctioned off for the Elton John AIDS Foundation.