Its been revealed this week that SNK has surprisingly launched or, rather is in the process of launching a new Neo Geo licensed portable gaming console, according to the Japanese game blog Famicom Plaza.The new Neo Geo pocket games console is equipped with a 4.3 inch screen and comes fitted with an SD card slot for storage, together with 2GB of internal storage. 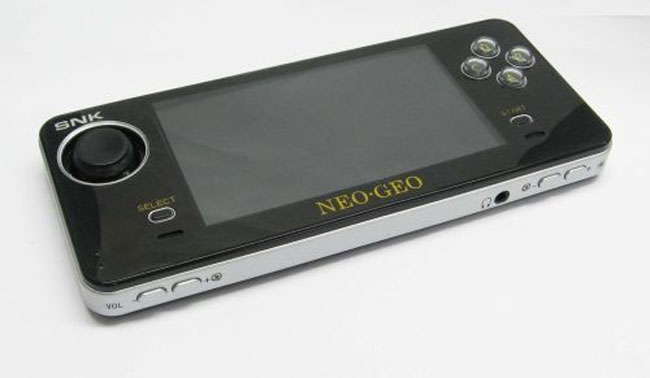 Controls are provided via four face buttons, four shoulder buttons, and what appears to be from the picture above, a digital stick from the Neo Geo home console’s pad. The SNK Neo Geo when released will come shipped with 20 pre-loaded classic arcade games from the Metal Slug to King of Fighters ’94.

SNK has yet to confirm the launch of their new Neo Geo portable gaming console, so as you would expect there are no details on pricing or worldwide availability has been released as yet, but as soon as information comes to light we will keep you updated as always.