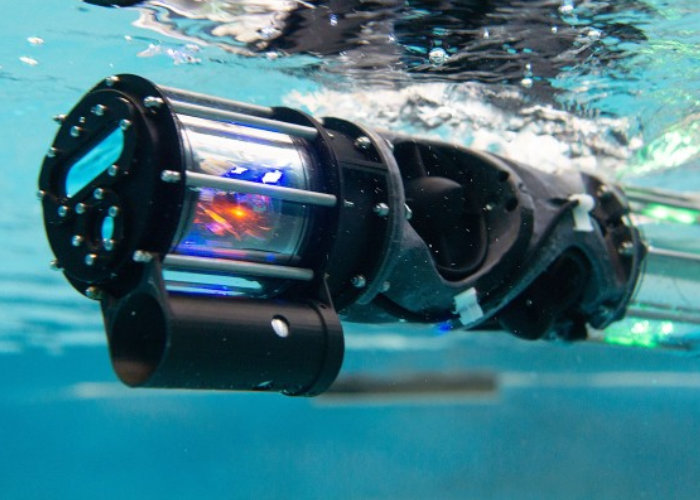 A research team at Carnegie Mellon has pushed the development of the previously unveiled robot snake underwater, making it capable of swimming fully submerged. The team from the Biorobotics Lab in the School of Computer Science’s Robotics Institute started working on the underwater robot snake in July 2020 and by March 2021, had developed and built a swimming prototype. 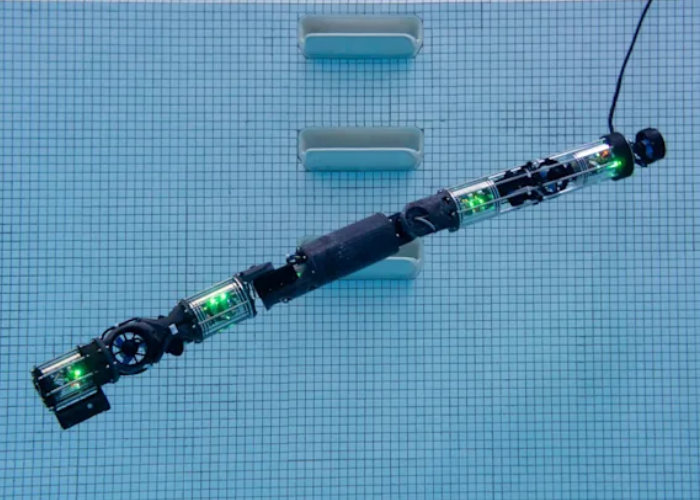 “The robot’s modular design allows it to adapt to different tasks, whether squeezing through tight spaces under rubble, climbing up a tree or slithering around a corner underwater. For the underwater robot snake, the team used existing watertight modules that allow the robot to operate in bad conditions. They then added new modules containing the turbines and thrusters needed to maneuver the robot underwater.”

“The submersible robot snake was developed through a grant from the Advanced Robotics for Manufacturing (ARM) Institute. The project aims to assist the Department of Defense with inspecting ships, submarines and other underwater infrastructure for damage or as part of routine maintenance, said Matt Fischer, the program manager at the ARM Institute working on the project.”

“A submersible robot snake could allow the Navy to inspect the ship at sea, immediately alerting the crew to critical damage or sending information about issues that need attention back to port for use when the ship docks.”