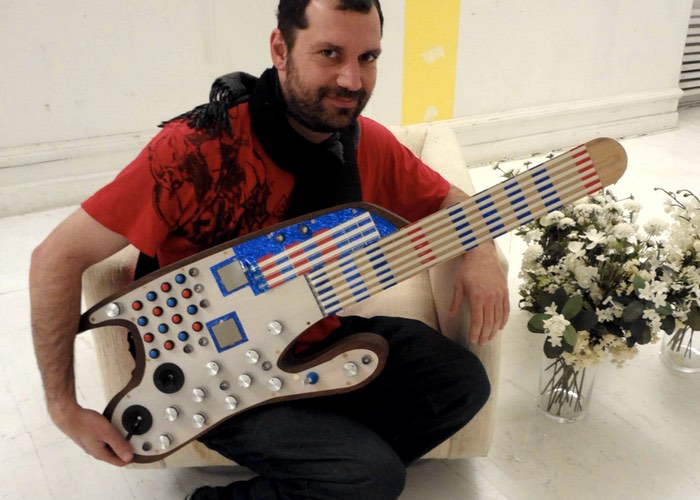 Musicians and Arduino enthusiasts looking for a project to keep them busy or inspiration, may be interested in this new MIDI guitar that has been created by Nick Demopoulos and is powered by the Arduino Mega development board.

The MIDI guitar has been named the SMOMID and takes the form of a unique instrument that offers six strings. Its creator explains more about its inspiration and plays the instrument in the video below.

The SMOMID was created out of necessity. Despite the fact that the guitar is the most popular instrument in the world, there are almost no guitar-like midi controllers commercially available. But make no mistake, The SMOMID is not a guitar, nor is it a substitute for a guitar or a shortcut to creating sound. The SMOMID is a new and unique interface. Like all musical instruments, it has its strengths and weaknesses, and requires patience and practice to master.

If you are interested in a smaller version of the Arduino Mega-development board than you might be interested in a Kickstarter campaign that is currently underway, which we featured earlier today for the MegaCube. For more information on the SMOMID jump over to the creator’s website via the link below. If you’re interested in this you might also be interested in building your very own Arduino wind speed meter or anemometer project.