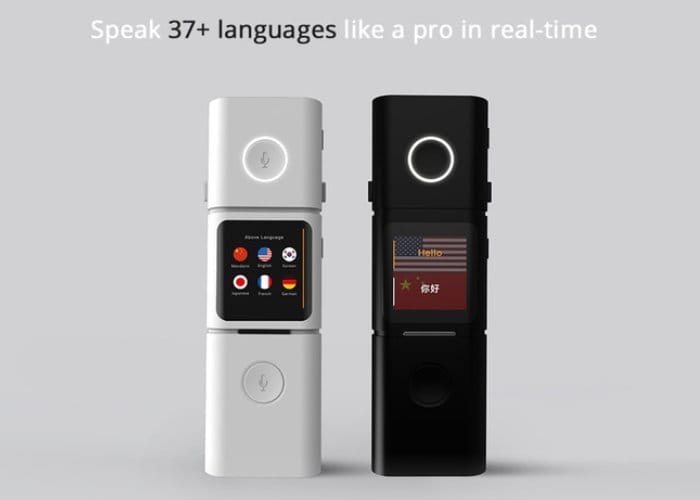 Travellers searching for a quick way to translate over 37 languages in real time, may be interested in the new Smark Translator designed and created by Misway Tech. Check out the demonstration video below to learn more about how the small pocket device can help you communicate in real time by sharing and talking instantly as you roam the globe.

The Smark TranslatorAs launched via Kickstarter and is already over halfway to raising its required pledge goal, with still 44 days remaining on its campaign. The pocket devices available to super early bird backers from £143 offering a 42 percent saving off the recommended retail price. If all goes well worldwide shipping is expected to take place later this year during December 2018.

The development team behind the pocket real-time translator explain more about its design and inspiration. “Imagine you are traveling abroad to experience an exotic culture but can’t even find a restroom because you don’t know the language or can’t speak with an important foreign client because you don’t have an interpreter. Smark Translator is designed to break the language barrier and give you the power of clear communication. It’s fast, accurate, and compact with built-in battery. It eliminates the need to download any apps or connect to your smartphone. Global connectivity and offline translation help you break the language ice in any situation. “

For more details and a full list of all available pledges jump over to the official Kickstarter crowdfunding campaign page by following the link below.