A recent while ago (now actually) in an island state far, far away, a limited edition set of Star Wars coins are being minted for collectors. Say hello to Niue (population: 1,400), one of those obscure dots in the Pacific Ocean that’s also a British Commonwealth member. Turns out Niue is in a bit of a fiscal crisis, compelling its local government to issue a set of coins (40 in all) that will garner international attention and accompanying investment. 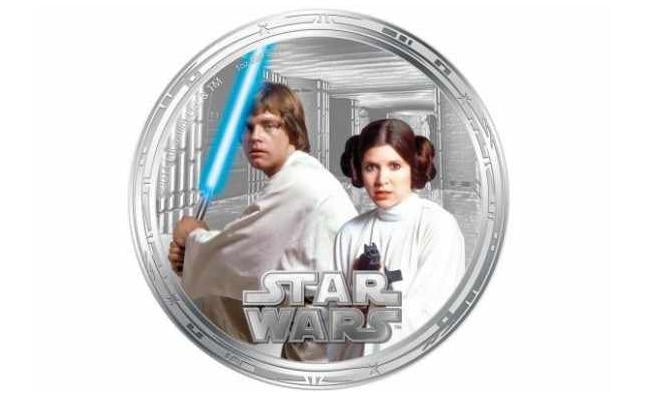 Okay, so apparently the next best thing to minting coins made of solid diamonds are coins adorned with Star Wars characters.

It’s a risky move no doubt, but we know George Lucas will be mighty proud. Or will he? Does George Lucas even care about the whole universe of merchandise he’s responsible for creating/inspiring?

The Star Wars coins of Niue have already been exhibited in Chicago, USA and new coins will be made well into 2014. The silver plated coins themselves are made in New Zealand, whose currency is what’s commonly used in Niue.

Maybe we’d pass on these coins, but we’d love to visit a tiny island nation of a few thousand people. Unfortunately we’re too broke to travel at the moment. Makes us wonder though: How much capital and gumption do you need to start your own micro-sate somewhere out at sea?