Slacker Radio has today announced the arrival of 6 new Live ESPN Stations on to the Slacker Radio service. Enabling all Slacker users to be able to listen to the new ESPN stations for the next 30 days.

After which the new stations will only be available to Slacker Radio Plus and Slacker Premium Radio subscribers. However Slacker has stated that the previously released interactive ESPN Radio station will remain free and available to all Slacker users. 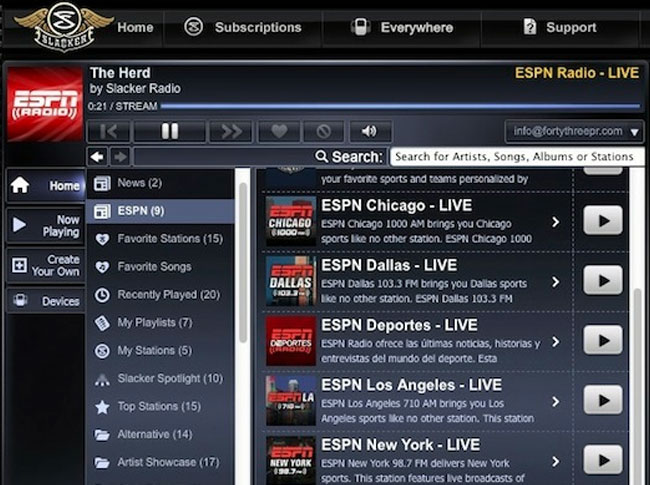 “Giving sports fans the freedom to enjoy their favorite team and events when they’re not in the stadium or in front of a television is very important to us,”-“Offering live ESPN Radio programming to sports fans through Slacker gives listeners an extremely flexible option for custom listening on-the-go.”

Slacker Radio Plus is available for $3.99 per month and Slacker Premium Radio for $9.99 per month. More details can be found over on the Slacker website.