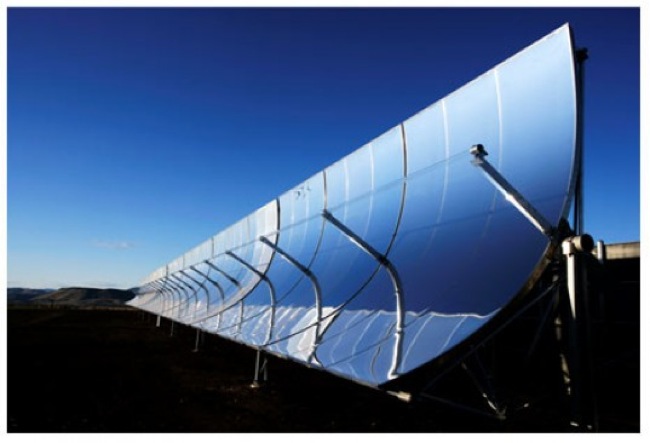 These findings were confirmed by the National Renewable Energy Laboratory (NREL) based on measurements taken in a parched stretch of Colorado where the Optical Efficiency Test Loop is found. The importance of optical efficiency is gauging the overall performance of the SkyFuel-made SkyTrough panel, whose curved low-weight design sets it apart from the competition.

The unique parabolic orientation of the SkyTrough allows it to convert the sun’s energy into steam (or thermal energy) and then to electricity. This innovative process means it yield more power at an optimum level of performance without a resulting loss in efficiency that’s common among other solar panels. It’s considered a minor breakthrough since it raises the benchmark for performance throughout the solar power industry.