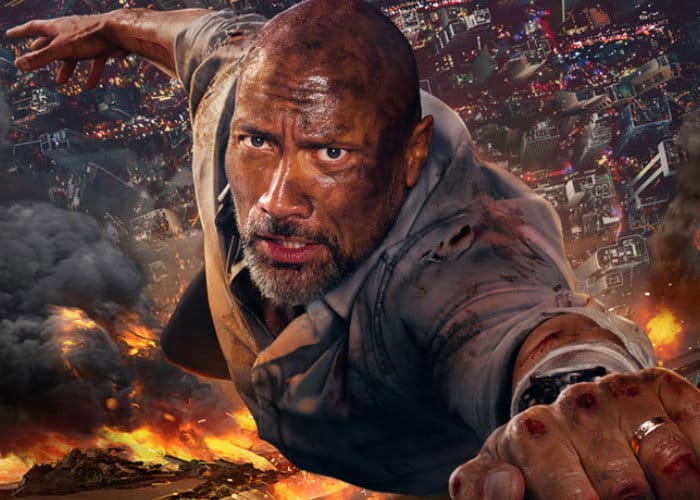 The new Skyscraper movie will be premiering in theatres worldwide in a few months time from July 13th, 2018 onwards and stars Dwayne Johnson, Neve Campbell, Chin Han, Roland Møller, Pablo Schreiber, Byron Mann, Hannah Quinlivan, and Noah Taylor and has been directed and written by Rawson M. Thurber. As you might have already guested from the name, Skyscraper is an action disaster thriller and this week Universal Pictures has released a second official trailer to whet your appetite ahead of the movie’s launch in July 2018.

“Former FBI agent and amputee Will Sawyer lives in the tallest and “safest” skyscraper in Hong Kong with his family. The skyscraper itself, known as “The Pearl” houses several floors that function as their own society and despite the risks highlighted by Sawyer, who is the building’s head of security, his bosses insist that it is impenetrable. True to Sawyer’s belief, the building comes under attack by terrorists, forcing Sawyer to take action. Matters are complicated further when he finds himself framed for the attack, and his family trapped above the resulting fire line.”

Skyscraper will be released in 2D and 3D by Universal Pictures on July 13th, 2018. As soon as any more trailers are released we will keep you up-to-date as always.