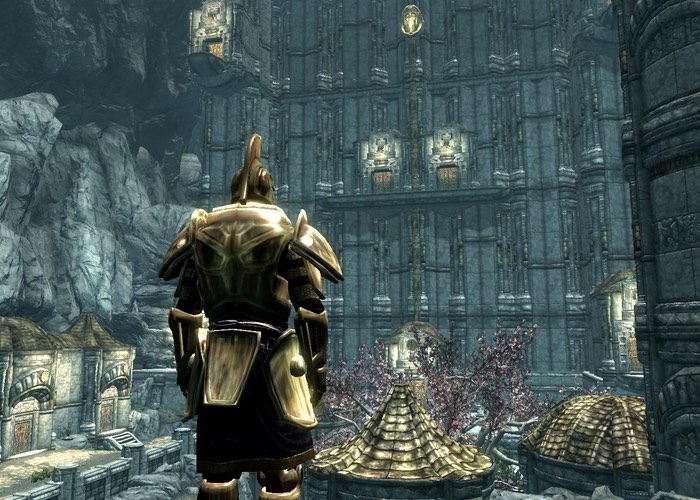 A new lore friendly mod has been made available for the awesome Skyrim game that brings with it an intricately detailed city for Skyrim fans to enjoy.

The new Skyrim mod provides players with a unique gameplay experience, that takes the form of a murder mystery investigation set in an ancient underground city.

Providing a non-linear story in which you’ll explore the city and its many secrets, interrogate suspects, fight new enemies, and even travel back and forwards in time. Features of the new Skyrim Mod include :

• An original orchestral soundtrack by composer Trent Moriarty Epic sweeping, cinematic music. Check it out here on SoundCloud!
• A beautiful, intricately detailed new city to explore Discover secrets, mysteries, and relics that are thousands of years old.
• A living community of people
• Investigate and interrogate a community of people, each with their own unique stories and roles to play.
• A haunting, non-linear story with several different endings It’s going to get dark.
• Challenging moral dilemmas with consequences
• Whether you play as a saint or a psychopath, or something in between, there will be repercussions.
• Puzzles that reward lateral thinking It will take more than brute force, or blind obedience to quest prompts, to achieve the best outcomes.
• Over 1200 lines of dialogue from 18 voice actors Talented voice actors from the US, Britain, France, Canada, Australia and New Zealand deliver striking performances.