Skype has release a new version of Skype for the iPhone, iPad and iPod Touch, the latest version has been designed for Apple’s iOS 7, and comes with a new look and feel.

As well as a new optimized design for Apple iOS 7, Skype version 4.13 also comes with a number of accessibility improvements, plus some general bug fixes and speed improvements. 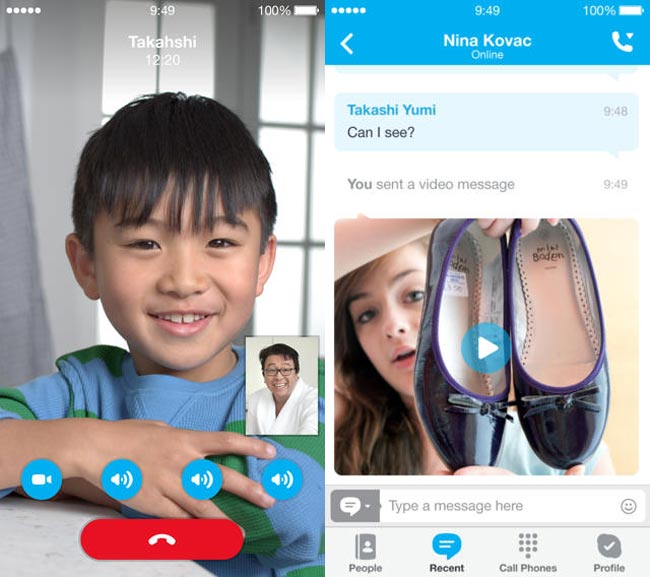 Skype Version 4.1.3 is compatible with the iPhone, iPad and iPod Touch running iOS 5 and above, the app is available as a free download from the iTunes store.

Today we’re pleased to release Skype for iPhone and Skype for iPad, version 4.13. In this release we’ve focused on bringing a refreshed look for iOS 7.  In addition we’ve made improvements to accessibility, audio and video calling.

Skype for iOS comes with a range of features which include the ability to make voice calls over Skype, plus video messaging, instant messaging, photo sharing and more.

You can also makes calls to mobile devices and landlines from your Skype account, although there is a cost for this, you can find out full details on the latest version of Skype for iOS over at iTunes.