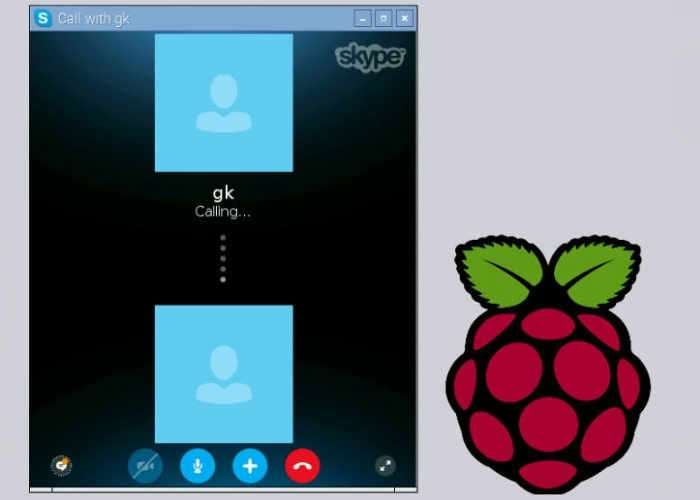 If like many Raspberry Pi users you have been waiting for a way to use Skype on a Raspberry Pi in a robust and effective way. You may be interested in a new project which has been uploaded to the Hackster.io website by user Dmitry.

Providing a great way of using the Skype Internet calling service now owned by Microsoft on your single board mini PC. By running Skype on Raspberry Pi using ExaGear Desktop to solve any video data flow issue which can be used for any ARM project.

Skype is available on many platforms but not on Raspberry Pi (or ARM-based Chromebooks). In this post we will tell you how to run Skype on Raspberry Pi 2 and Raspberry Pi 3 using ExaGear Desktop, which allows to run x86 apps on ARM mini PCs.

We had a lot of requests about running Skype with ExaGear, but could not publish a corresponding instruction earlier. The thing is that for playing sound Skype uses PulseAudio sound server, which was not stable on Raspberry Pi. Fortunately starting with Raspbian launched in May 2016 things have become better. Below we give some hints how to configure PulseAudio and run Skype on your RPi 2 or RPi 3.

P.S.: keep in mind that with ExaGear Desktop you can use not only Skype, but other chat (e.g. Telegram), music (e.g. Spotify), productivity (e.g. Dropbox) and many other apps on your Raspberry Pi.

Jump over to the [Hackster.io] website via the link below for more details and setup instructions. If you enjoy building Pi projects you might be interested in our comprehensive list of Raspberry Pi displays, HATS and small screens.