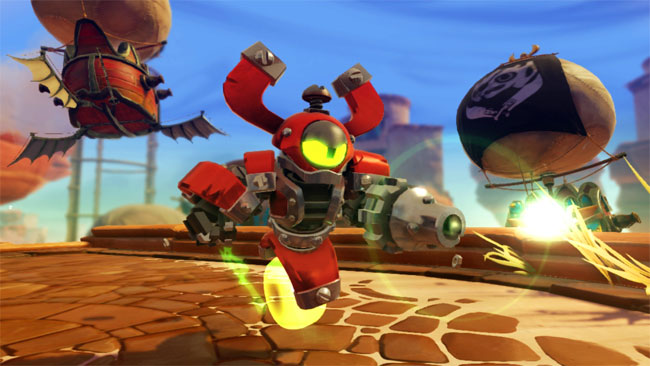 The new game will bring 16 new action figures that have swappable tops and bottoms to create custom characters. Mixing and matching top and bottom halves of the action figures will create in game characters with custom abilities to suit the players style. The game will also support characters from the first two titles in the franchise.

Swap Force will see players experiencing a new adventure in the mysterious Cloudbreak Islands. These islands are the home of a massive volcano that erupts every 100 years to replenish the magic in Skylands. The Swap Force members were supposed to be caught in the eruption and blown apart. An exact launch date for the game is unknown but the action figures will be shown off February 10-13 at the Toy Fair 2013 in New York City.