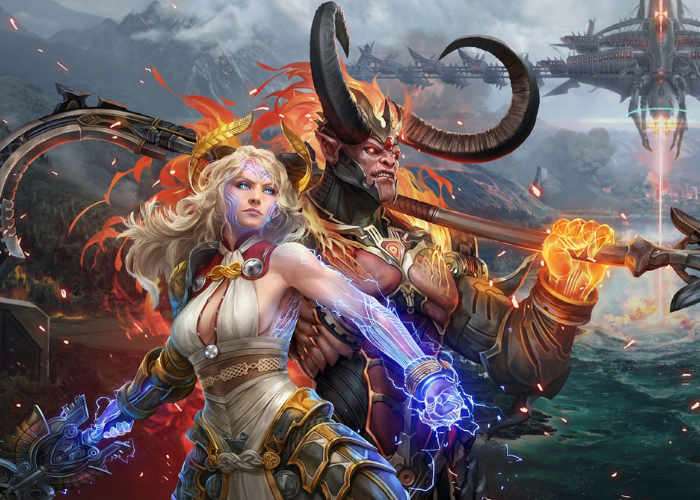 Volker Boenigk the producer at Skyforge has taken to the official PlayStation blog this week to reveal more details about the highly anticipated MMO which will be launching during the spring of 2017.

A new trailer has also been released revealing more details about what you can expect from the PlayStation 4 game which will be a free to play action MMO in which you receive the gift of immortality and are quested to protect your home planet Aelion from alien invasion.

Skyforge offers a unique mix of sci-fi and fantasy, action and role play elements that will keep you hooked for hours. It’s a universe filled with campaigns, player-versus-player action, and raids to best with your friends. Aelion is a planet littered with ancient technology and powerful magic for you to throw back in the face of the invaders. RPG fans can look forward to 14 wildly different classes that you can switch between on demand, and action fans will find combat mechanics you won’t come across in just any other MMO.

So how did you end up on Aelion? The planet was under the protection of the great guardian god Aeli who built a protective structure around the planet. He kept an ever-watchful eye on the mortal citizens of the planet and would descend when and where he was most direly needed. But Aeli mysteriously disappears. This is where you step in and receive the gift of immortality from Aeli. Create a unique looking character, sliders and all, and take your watch in protecting the citizens of Aelion.

As more details and trailers are released in the run-up to the game’s launch we will keep you up-to-date as always.