SkyFire was recently released for the iPhone and iPod Touch, and has been a very successful application, with it being sold out in the App Store not long after it went on sale.

The SkyFire App is being released in batches, and is still not available in some countries as yet, and the developers behind the app have announced that they will be launching an iPad version. 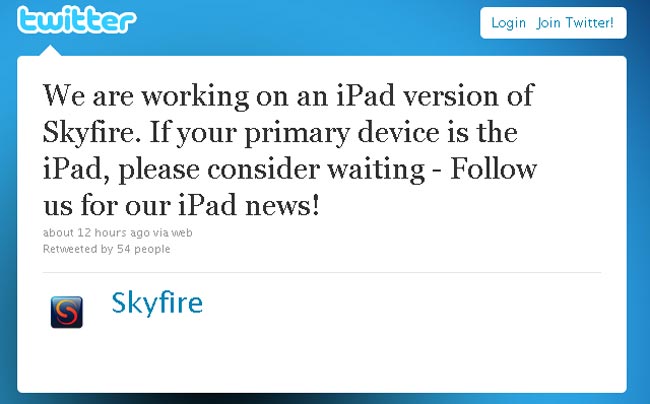 just like the iPhone and iPod Touch application, SkyFire for the iPad will let you watch Flash videos, it does this by converting the Flash videos to HTML 5.

There are no details as yet on when SkyFire will be available for the iPad, as soon as we get some more information we will let you guys know.