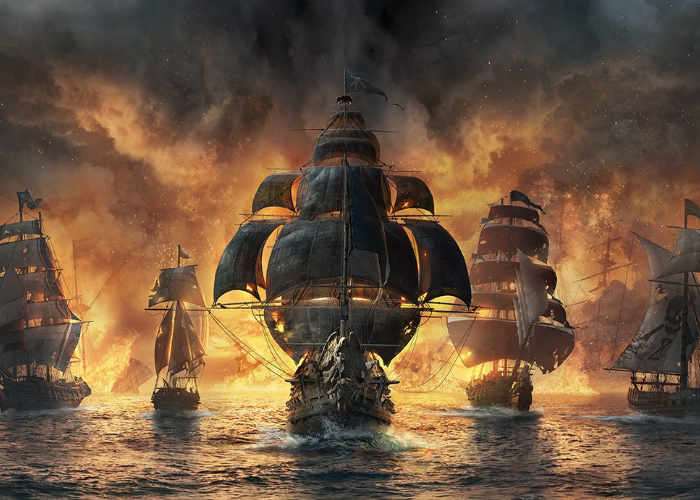 In an interview with PC Demo this week, Ubisoft has revealed more details about the new Skull & Bones pirate game which was unveiled at this year’s E3 2017 games event and will be launching on the PC, PlayStation 4 and Xbox One consoles in the second half of 2018.

Skull & Bones will offer a narrative campaign which will be integrated into the game and will not be something aside of the multiplayer experience,” Ubisoft Singapore’s PR manager Alex Monney said. “In this campaign, players will encounter iconic characters and memorable rival pirates. More details will be shared at a later date.”

We only showed Loot Hunt, one of our PvP modes in Disputed Waters – We like to say that this is just the tip of the iceberg of what we have to show for Skull & Bones.

During his round-up of the E3 preview Tim Clark described the game as:

Charging around the sea, swinging your ship about to deliver spectacular volleys of cannon fire, and using your ram like an enraged narwhal. I was reminded, perhaps oddly, of playing Burnout 3: Takedown—only rather than nudging rival cars into concrete bollards, here you’re slamming hulls and letting rip with munitions. Either way, a successful kill is grin inducing.