If your looking to challenge a few friends to arcade battles, but have be hindered by owning different handsets. Skies of Glory hopes to bridge the divide between Android and iPhone phones.

Game developer SGN has today announced the release of the first game to allow game play between to different handsets. Allowing iPhone and Android users to compete live against one another over EDGE, 3G and Wifi. Check out the demo video after the jump. 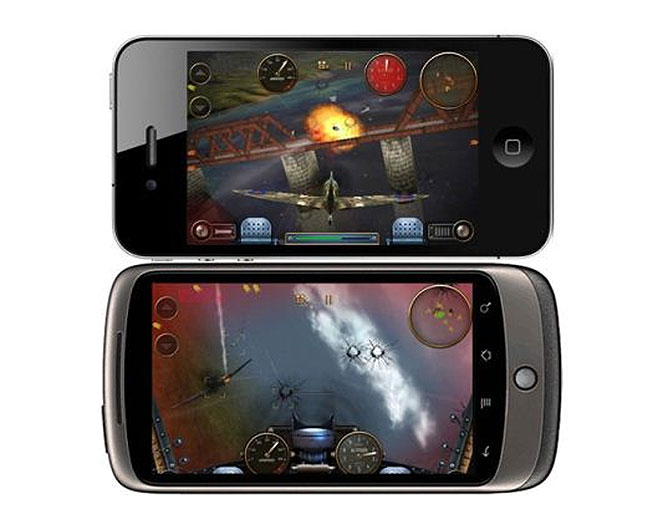 First launched on iPhone in December 2009, SGN’s hit aerial combat game “Skies of Glory” is now available on Android-based mobile phones above 2.0, including the EVO, Nexus and Droid and was developed in collaboration with Revo Solutions Games.

Creating an Open Platform Multiplayer Framework to support a variety of platforms SGN and Revo Solutions Games have now opened up a new market for cross platform gaming. Watch the skies for more developments in the coming months. Have a look and our article on Android vs iPhone to see which smartphone and mobile platform is best for you.